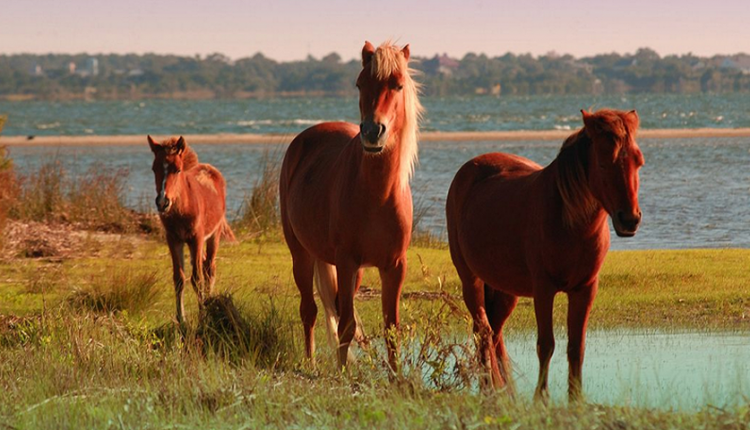 The state is home to the oldest national seashore (Cape Hatteras), the most popular national park (Great Smoky Mountains) as well as the Blue Ridge Parkway, known as “America’s Favorite Drive,” and Cape Lookout National Seashore, whose golden anniversary coincides with the National Park Service centennial.

Other properties include the Appalachian Trail, the Wright Brothers National Memorial in Kill Devil Hills, the Carl Sandburg Home National Historic Site in Flat Rock and Fort Raleigh National Historic Site on Roanoke Island, where the British made their first attempt at a permanent settlement in the New World. Pictured: Family of wild horses on Shackleford Banks, part of Cape Lookout National Seashore.

Welcome to one of the most complete road travel resources of its kind on the Internet! The Interstate 95 Exit Information Guide features exit service listings for the entire length of I-95 from Maine to Florida! Food, gas, lodging, rest areas, attractions and more… It’s “flat out, the single best site for auto travelers on the web…” — Yahoo’s Internet Life Magazine.

Savor the Culinary Celebration at the Williamsburg Taste Festival

A Road Trip Adventure in Montana

The Inflatable Run & Festival Comes to Southern California in April 2018