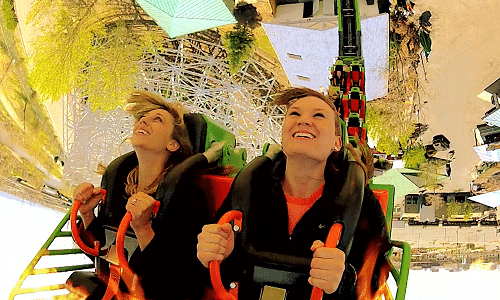 Six Flags Entertainment Corporation, (NYSE: SIX) the world’s largest regional theme park company, is partnering with Coca-Cola® for the third annual Coca-Cola July 4th Fest at Six Flags, July 3-5 at all U.S. theme parks. This three-day patriotic celebration is included with park admission and features a full weekend of fun for the entire family including one hour of early ride time July 3, 4 and 5 on some of Six Flags’ most thrilling roller coasters, in-park entertainment, Coca-Cola product sampling and fireworks all three nights.

As a kickoff to Coca-Cola July 4th Fest at Six Flags, and in recognition of the men and women who have sacrificed so much in service to our country, Six Flags and Operation Homefront will once again honor military personnel and their families during Salute to Heroes Day on July 3, 2015. The various activities will include a check presentation to Operation Homefront, singing of the national anthem and a flag ceremony. In addition, each park will present up to five military families served by Operation Homefront’s assistance programs with a gift package including VIP Park Tours, Gold Season Passes, Meal Vouchers and Refillable Sports Bottles. Created after 9/11, Operation Homefront provides financial and other assistance to the families of service members and wounded warriors.

Six Flags will donate $1 for every ticket purchased with a Coca-Cola product during the holiday period. For more information on Operation Homefront visit www.operationhomefront.net.

“Operation Homefront is excited to join again with Six Flags to honor our service members and their families on Independence Day weekend,” said Tim Farrell, the organization’s Chief Operating Officer. “These military families have served our country with great dedication and are truly deserving of a great day of relaxation and fun with our friends at Six Flags.”

Coca-Cola July 4th Fest at Six Flags is the perfect way to celebrate Independence Day and all things summer. Park guests who present any can of Coke with their paid admission or Season Pass can enjoy one hour of early ride time on select rides and attractions. Unopened Coke cans will be donated to Operation Homefront and other non-profit organizations. Coca-Cola 4th Fest Zones will feature Six Flags street teams, dance contests, live music, Coca-Cola sampling and cool prizes.