What’s New for I-95 Travelers This Summer in Connecticut 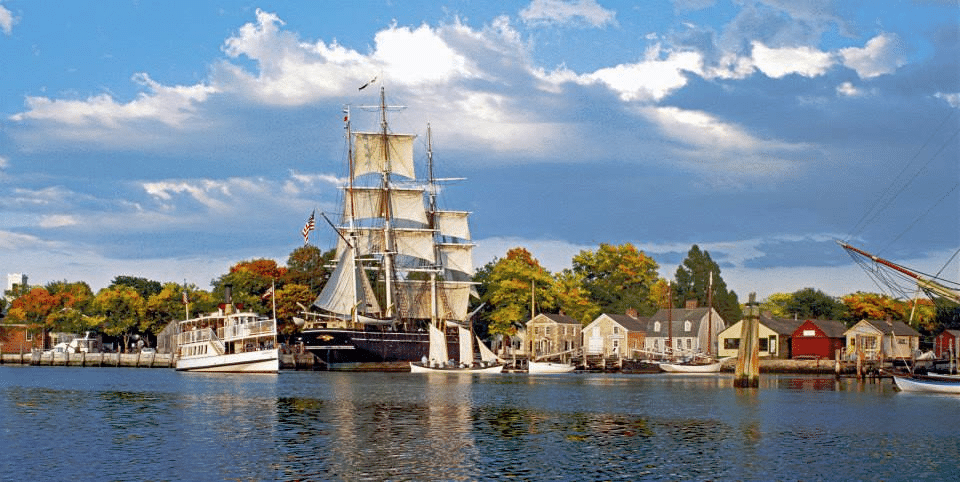 Summer has arrived! Warmer weather and brighter, longer days provide the perfect opportunity for getting out and experiencing all the new events and activities around the state. Unwind with a relaxing outing and savor the tranquility of the season or step it up with some spectacular summer adventures. Enjoy your favorites of the season and explore new ones. Here’s a list of new happenings across the state to help inspire your summer plans!

At The Maritime Aquarium in Norwalk, step aboard the new hybrid-powered catamaran research vessel, R/V Spirit of the Sound™, which offers public cruises every Saturday this summer beginning June 27. The recently launched research vessel is powered by a unique hybrid electric propulsion system and features a climate-controlled indoor classroom and outdoor research space. Enjoy this Long Island Sound adventure!

Take the family to the new “Flutter Zone” exhibit at The Maritime Aquarium in Norwalk, open from May 23 through September 7. Explore a fully immersive walk-through encounter featuring dozens of butterfly species from Asia and South America, and to add to your truly magical experience, take in to the new IMAX feature film, “Flight of the Butterflies.”

Connecticut Governor Dannel P. Malloy has officially designated the summer of 2015 as “Connecticut’s Coast Guard Summer” in celebration of the 225th anniversary of the founding of the United States Coast Guard (USCG) and the USCG Academy’s 100 years at its current location in New London. As part of Connecticut’s Coast Guard Summer, which will run from June through September 2015, several major event organizers in New London will choose themes to commemorate USCG for its service to the region and nation. Take the family to a special commemorative event including Sailfest (July 10 – 12), In Water Boat Show (June 20 – 21) and Connecticut Maritime Heritage Festival (September 10 – 12).

Journey to the world’s most fascinating habitats at Mystic Aquarium’s new Exploration: Wild! Exhibit this summer. Venture into a tropical rainforest on a researcher’s jeep, explore the Arctic and look for beluga whales and polar bears, see sharks in the open oceans and observe alligators in the depths of the wetlands! Don’t miss the fun and adventure of this all-new tour.

The Yale-Harvard Regatta celebrates its 150th anniversary in Connecticut! The longest-standing collegiate competition in the nation will take place on the Thames River in New London for the 150th time on June 7. Watch the celebrated rowing race and cheer on your favorites from New London’s Riverside Park Conservancy.

Beach season is here! Grab your beach chair and umbrella and head to Ocean Beach Park in New London. Celebrating its 75th anniversary, Ocean Beach Park is an ideal destination for relaxing days on the sandy beach and fun in the sun. Enjoy the action-packed boardwalk attractions including an Olympic size pool, water slides, carousel, arcade, mini golf, food court and more!

Kick back at the new Storrs Center in Mansfield, located on the southeastern edge of the University of Connecticut campus. The Storrs Center is Mansfield’s new vibrant Town Square, offering a collection of cafés, restaurants, shops and boutiques.

Lake Compounce Theme Park in Bristol is a great family-fun destination for rides, roller coasters and attractions. And now, you can explore the new Dino Expedition at Lake Compounce, a prehistoric themed area featuring more than a dozen lifelike dinosaurs and a fossil dig area! Step back in time and discover moving, breathing and roaring animatronic dinosaurs (up to 40-feet long!) while walking along pathways of prehistoric forest.

Art lovers will delight in a visit this summer to the Wadsworth Atheneum Museum of Art in Hartford, America’s oldest public art museum. This September will mark the completion of a five-year, $33-million renovation that will renew the museum’s historic structures, add 17 new galleries improve the visitor’s overall experience. The museum will remain open during the renovations, so visitors can enjoy the museum’s exhibits and collections throughout the summer.

Take a break this summer for a culturally enriching visit to the New Britain Museum of American Art. The museum has expanded several times over the years and is set to unveil its latest expansion this year, adding 16,000 feet of exhibition space and giving Post Contemporary Paintings its first permanent gallery.

Lime Rock Park in Lakeville has recently undergone $3.5 million worth of improvements! The expansive renovations include better Wi-Fi, a new PA system, new paddocks and hillside viewing areas. The first of the changes was introduced at the Traditional Memorial Day Weekend Season Opener, and the entire project will be completed by 2017.

Lane Closures, Slow or Stopped Traffic for I-75 Work in Tennessee December 13

Maine Turnpike Arrives at the Seventy-five Year Mark This Tuesday