Home » Massachusetts: Ice Cream That’s Worth The Drive Off I-95

Massachusetts: Ice Cream That’s Worth The Drive Off I-95 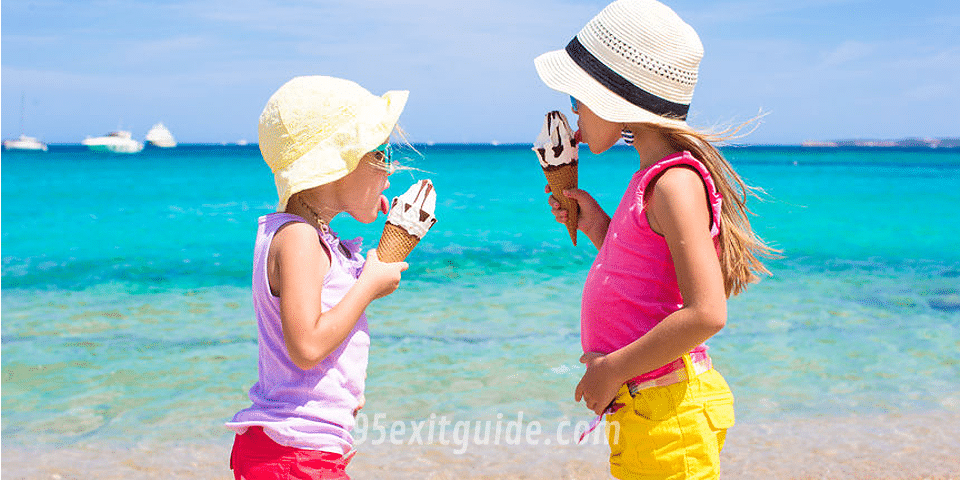 Seafood shacks and ice cream stands are hallmarks of the Massachusetts coast. After polishing off a basket full of crispy, fried clams, no meal is complete without a cool, drippy cone. Plus, summer means you can eat ice cream just about any time of day.

The famous ice cream stands around the state serve their scoops on a cone, in a dish, in a sundae, in a split or in a frappe (that’s like a Massachusetts version of a milkshake). Every local has his or her own idea of the best scoop shops and the best flavor, so you can’t go wrong with trying one or trying them all.

To the North of Boston

Richardson’s Farm ~ Middleton
This family-run dairy operation is currently managed by the 8th and 9th generations. In 1952, Ben and Hazen Richardson set out to make a perfect ice cream. Ten years later, they had developed 50 flavors of ice cream. The flagship ice cream stand in Middleton sits on the Richardson dairy farm, along with a miniature golf course, batting cages and a driving range. Flavors range from classic like French vanilla to the more complex like Totally Turtle: Vanilla ice cream with cashews, pieces of fudge and a caramel swirl.

Hodgie’s ~ Amesbury
In 1985, Hodgie’s opened its doors to serve 40 flavors of premium ice cream. Most visitors grab a cone and sit by the picnic tables, a common scene among Massachusetts ice cream stands. Ice cream is made in the shop daily and flavors rotate. Try the Peppermint Stick, Butter Almond Crunch or Frozen Pudding.

Mad Maggie’s ~ North Andover
Mad Maggie’s prides itself on making ice cream flavors that are “just a bit zany.” Ice cream makers are constantly testing out unusual flavors on site. Some of those zany flavors include Maple Bacon, Lemon Nerds and Massachusetts Mud (a riff on the Mississippi Mud) with coffee ice cream, dark chocolate wafer, roasted almonds, a swirl of caramel and a dash of cinnamon.

To the South of Boston

Peaceful Meadows ~ Plymouth
This family dairy began to make ice cream with the freshest ingredients available in 1962. In 1970, a devastating fire destroyed all the barns and 28 cows, but Peaceful Meadows rebuilt and reopened on the South Shore. They are particularly known for their sundaes like the chocolate Coconut Almond Sundae, The Fudgernutter or the Lickity Split, a smaller banana split with vanilla and chocolate ice cream, hot fudge and strawberries topped with whipped cream, nuts and cherries.

Sunshine Farm ~ Sherborn
Sunshine Farm is known for its fresh produce, gourmet preserves, cheese, local eggs, freshly baked breads and of course, its ice cream. Their specialty is a Banana Boat, which is three large scoops of ice cream with a banana, three toppings and whipped cream.

Out on Cape Cod & The Islands

Cape Cod Creamery ~ South Yarmouth
Cape Cod Creamery claims to be the smoothest and creamiest ice cream on Cape Cod. All of Cape Cod Creamery’s flavors are named after places on the Cape & The Islands such as Bourne Butter Pecan, Chapin Cherry Chocolate, Orleans Oreo and Dennis Double Chocolate.

Mad Martha’s ~ Edgartown
Mad Martha’s is the go-to ice cream when waiting for the ferry in Vineyard Haven. Try a scoop of the Lotsa Dough, which tastes like it sounds, or a sandwich of creamy vanilla between two freshly baked, chocolate chip cookies.