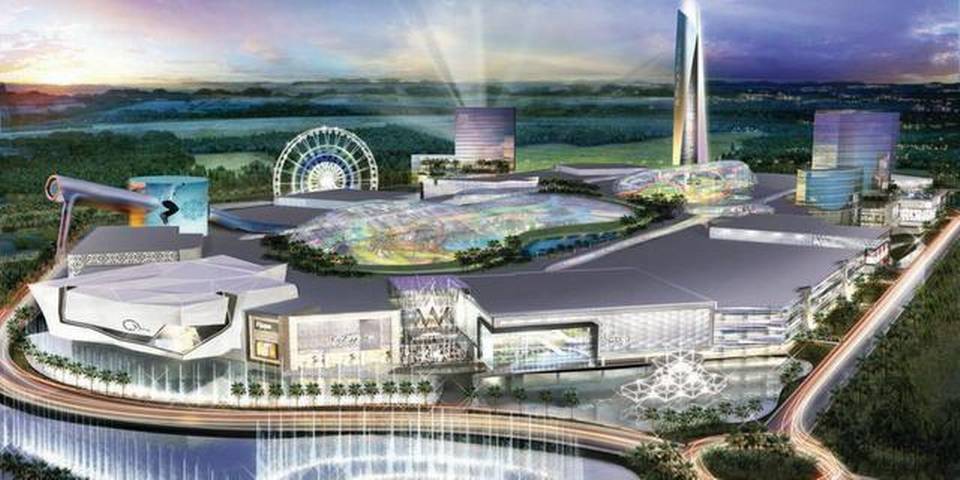 The Triple Five Group, has proposed a gigantic super-mall and entertainment complex at the junction of I-75 and the Florida Turnpike in Miami Lakes in Northwest Miami-Dade County.

Dubbed “American Dream Miami”, the destination would occupy 200 arces (double the Mall of America’s acreage) and would cost an estimated $4 billion.

Triple Five Group said in a statement, “It is our intent that this project — American Dream Miami — will exceed our other world famous projects in all respects” It will be “the largest entertainment attraction in the world”.

The shopping and entertainment attraction would include hundreds of stores and restaurants, a Legoland, a covered seven-acre lake with submarine rides, an indoor ski slope, an ice stadium, a waterpark, a sea lion show and an amusement park.

American Dream Miami would also include indoor gardens, a performing arts center, a luxury 16 screen theater, hotels and condominiums. The Triple Five Group said it would employ 25,000 workers during construction and would need about as many permanent jobs, once completed.

The project is pending government approvals. No opening date has been set.

For more I-75 information, visit www.i75exitguide.com, the Internet’s largest and most complete website devoted to Interstate 75. Detailed exit service listings… discount lodging, camping, food, gas and more for every exit from Michigan to Florida!