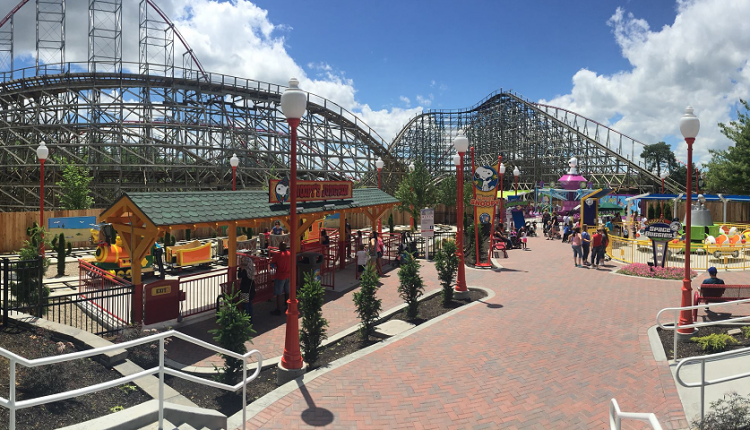 Worlds of Fun, Kansas City’s hometown amusement park, will introduce a new family ride, Nordic Chaser, for the 2018 season. On Nordic Chaser, guests of all ages will board mini ships that rotate speedily around a circuit. The ride captures the imagination as guests experience the sensation of rising and falling along ocean waves. The ride will be placed in the park’s Scandinavia themed area.

“The new Nordic Chaser ride will allow parents and children the opportunity to make lasting memories together,” said Tony Carovillano, general manager, Worlds of Fun. “We strive to provide new and exciting changes at Worlds of Fun every year, and look forward to having more families experience every aspect we have to offer at the park.”

Returning for the 2018 season is the popular WinterFest holiday event. Winterfest showcases favorite holiday characters, spectacular light displays, ice skating, hands-on activities and live entertainment. The park will be transformed into a winter wonderland for several weeks starting in late November through December, 2018.

Also returning in 2018 is the Pre-K Pass, which grants complimentary admission to children ages three to five years old for the entire season. Online preregistration is required.

2018 season passes are on sale now at the lowest price of the season, and also include one visit to the park in 2017. The pass gives guests unlimited access to the new Nordic Chaser ride as well as all of the attractions in Worlds of Fun and the Oceans of Fun water park, plus special events like Winterfest, Halloween Haunt and The Great Pumpkin Fest.

Expanded Kids’ Area, New Attractions To Debut At Carowinds In 2018