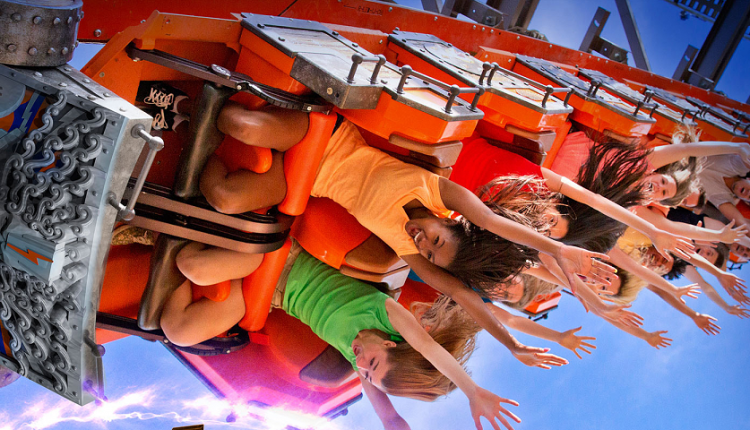 Six Flags Entertainment Company, the world’s largest regional theme park company, announced the most spectacular lineup of world-record breaking roller coasters, rides and first-of-its-kind attractions in its 56-year history, debuting at Six Flags parks from coast to coast for the 2018 season. Six Flags is recognized throughout the world as a leader in innovation—pioneering a long list of industry firsts, including the world’s first hybrid roller coaster and North America’s first virtual reality (VR) coasters. Nobody delivers thrills like Six Flags and next season the thrills are taller, faster and BIGGER than ever.

“Many of the rides and attractions we are introducing are ‘world’s firsts’ and record breakers as we deliver fun-packed innovation at the highest level. Innovation is in our DNA and our guests expect and deserve one-of-a-kind experiences when they visit our parks,” said Six Flags Chairman, President and CEO Jim Reid-Anderson. “Our strategy of providing something new in every park, every year, continues to delight our guests and has resulted in attendance growing to over 30 million guests annually.”

Six Flags, in partnership with Warner Bros. Consumer Products, on behalf of DC Entertainment, is launching a thrilling collection of new rides and attractions themed after the most famous Super Heroes and Super-Villains in the world. Here’s what’s coming to a Six Flags near you…

For more information about 2018 roller coasters, rides and attractions at Six Flags, including a video highlighting the new offerings, visit https://www.sixflags.com/newfor2018.

Let’s Go Shopping! The Ultimate Guide to Outlet Malls Along I-95

Holiday Shopping Guide – Most Popular Outlet Malls Along I-95